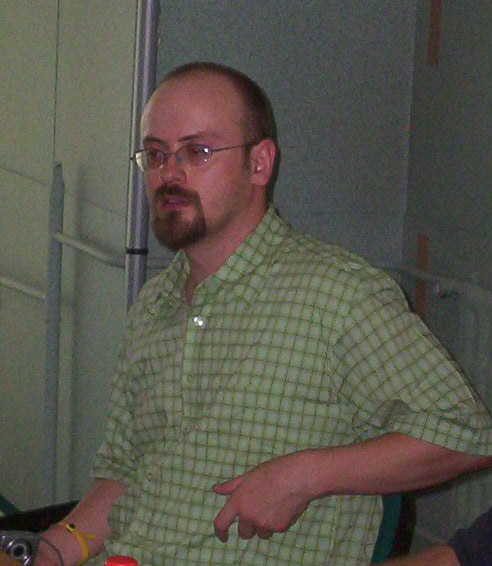 Juraj Červenák (born June 16, 1974) is a Slovak author. He was originally best known for his short stories and novels which mix elements of sword and sorcery with historical fantasy and Slavic mythology, but later achieved mainstream success with a series of novels in the historical mystery genre, featuring a pair of fictional late 16th/ early 17th century detectives, Joachim Stein and Matej Barbarič.

He has published (under the pseudonym Thorleif Larssen) several novels featuring Robert E. Howard's classic character Conan the Barbarian, as well as (under his own name) the Warlock trilogy, a set of historical fantasy novels following the adventures of the Slavic warlock Rogan in the historical setting of the 8th century Principality of Nitra and neighboring lands.

Červenák's short stories range from themes similar to those used in his novels to westerns and horrors and can be found in various (mostly Czech) anthologies, Slovak science fiction/fantasy magazine ''Fantázia'' and Czech magazines ''Ikarie'' and ''Pevnost''. Most of Červenák's early books were published in Czech translation prior to publication of their original Slovak versions; this changed in 2010, when the first of his historical novels was picked up by a major Slovak publisher. Provided by Wikipedia
Showing 1 - 1 of 1 for search: 'Červenák, Juraj, 1974-', query time: 0.02s
List  Tabulka
Search Tools: Get RSS Feed — Email this Search —
Loading...